MONTAGE is a flagship synthesizer of Yamaha released in 2016. Like former flagship "MOTIF", MONTAGE has 3 models with 61 keys, 76 keys, and 88 keys. The photo is MONTAGE6 with 61 keys. MONTAGE includes new custom LSI(Large Scale Integrated Circuit), SWP70. The LSI enables 128 PCM polyphony and 128 FM polyphony. The PCM polyphony means stereo 128 voices, it is double size of old products. SWP70 can access NAND flash memory directory. It enables large sound memory. Touch panel is also new for Yamaha synthesizers. My impression is, it's very complex. Lots of functions. However, MONTAGE never disappoints me. The function I want to use is there. The sound is beautiful. I will use my MONTAGE as a master keyboard for a long time. 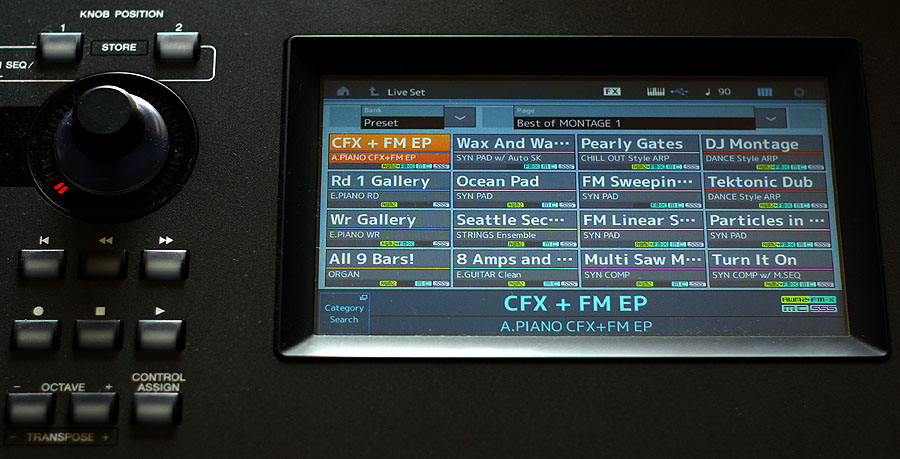 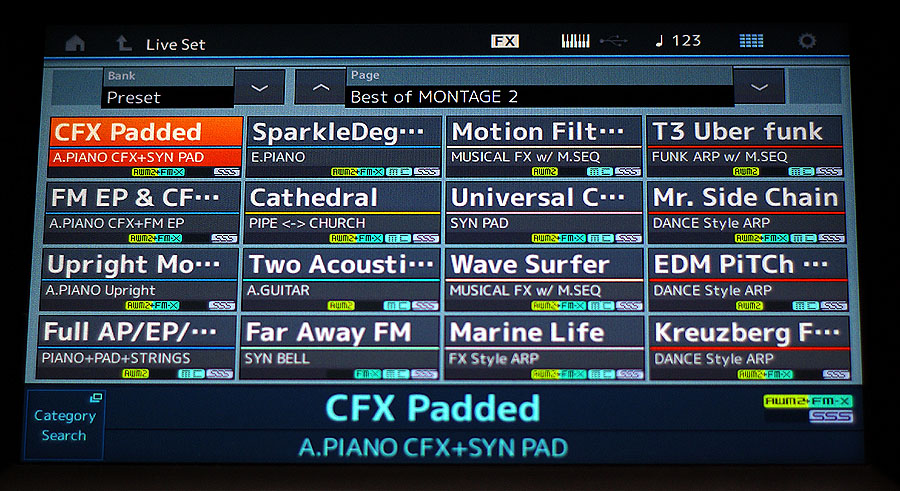 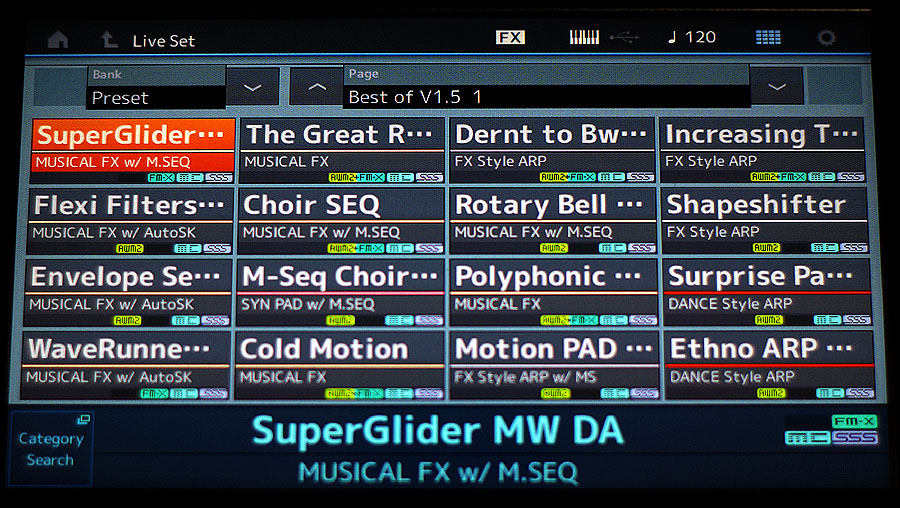 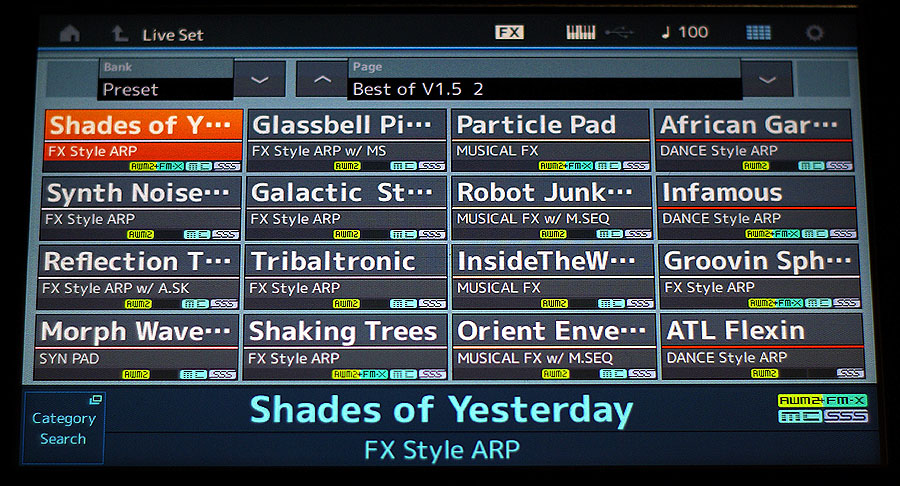 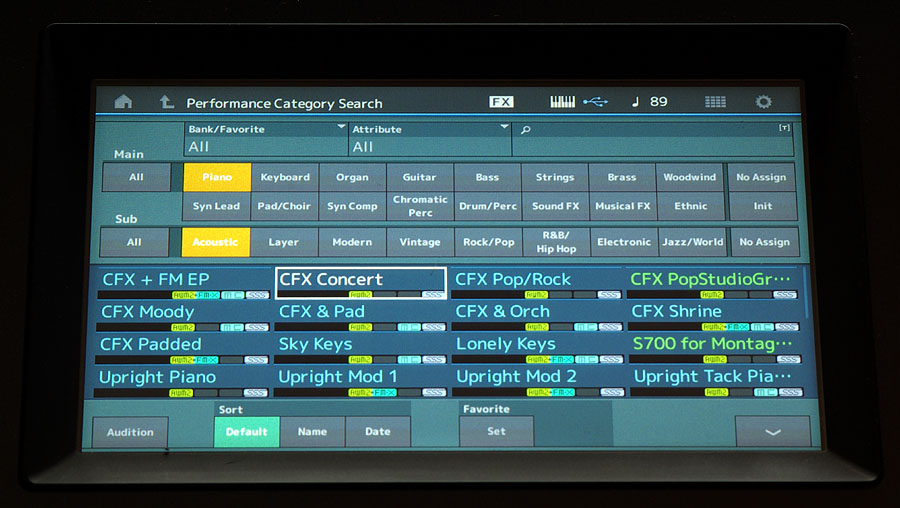 In "Piano" and "Modern" category, I picked up 6 performances. No CFX based sound. 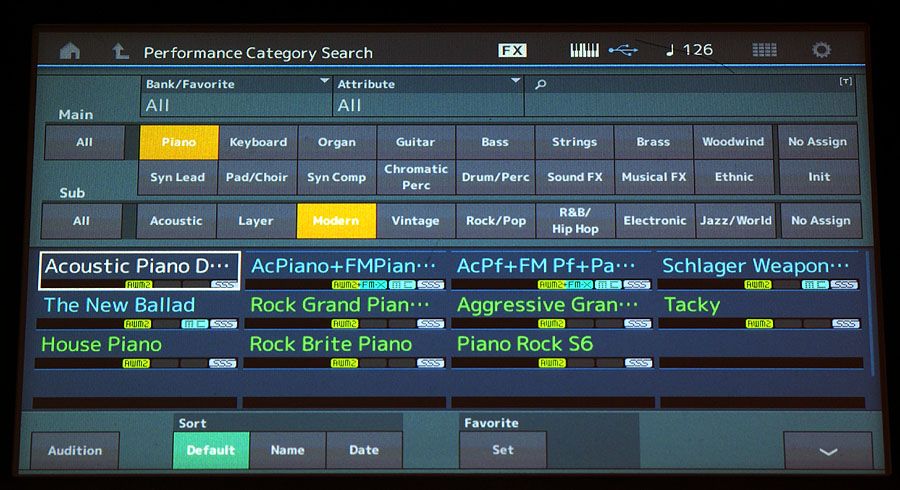 In "Piano" and "Vintage" category, I picked up 5 performances. The phrase from "Misty". I feel oldness and something broken, sad. 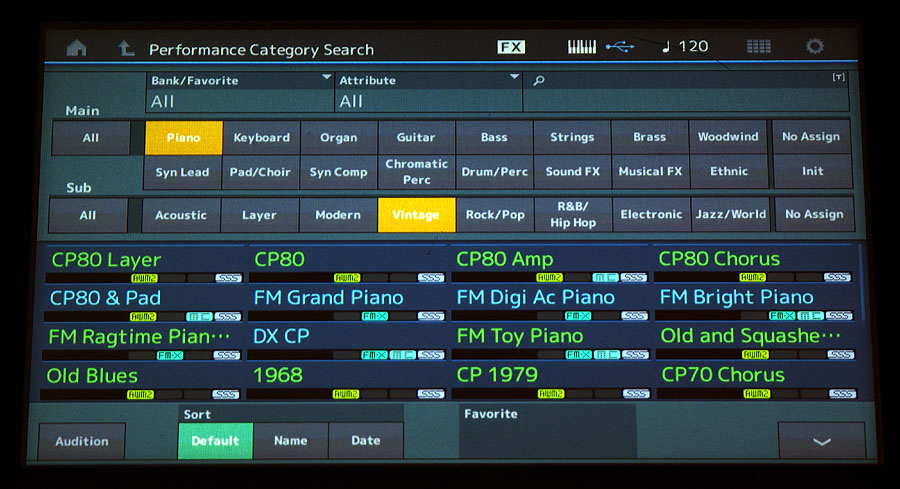 "CP1 Piano" is a sample library for MOTIF XF and MOXF. CP1 is Yamaha's electronic combo piano product. CP1 has CF3S(CFⅢS) waveforms. This library can be loaded to MONTAGE. It's a must have library. I listed all 16 performances including layer performances, below. 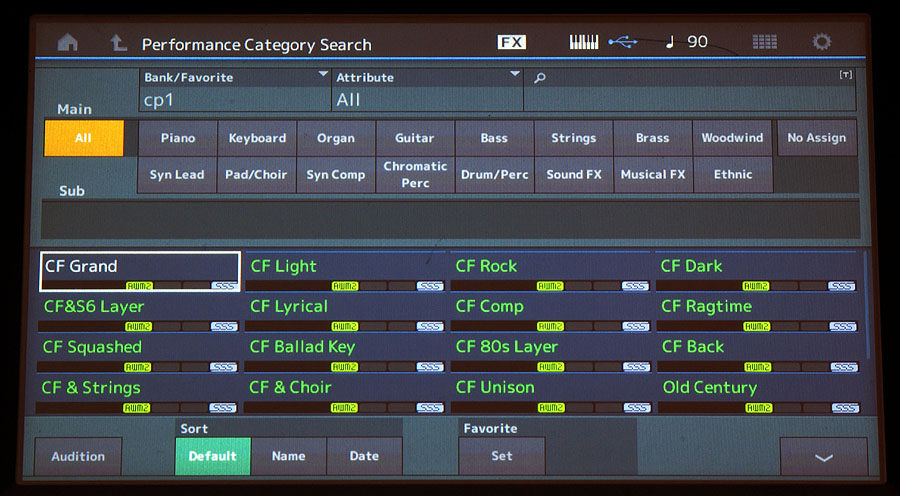 "Bösendorfer Model290 Imperial SAMPLE LIBRARY FOR MONTAGE" is a 400MB sample library including one of famous piano sounds. Yamaha acquired Austrian piano manufacturer Bösendorfer in 2007. This superb library is free as a campaign(October, 2017). I listed all 16 performances including layer sounds. 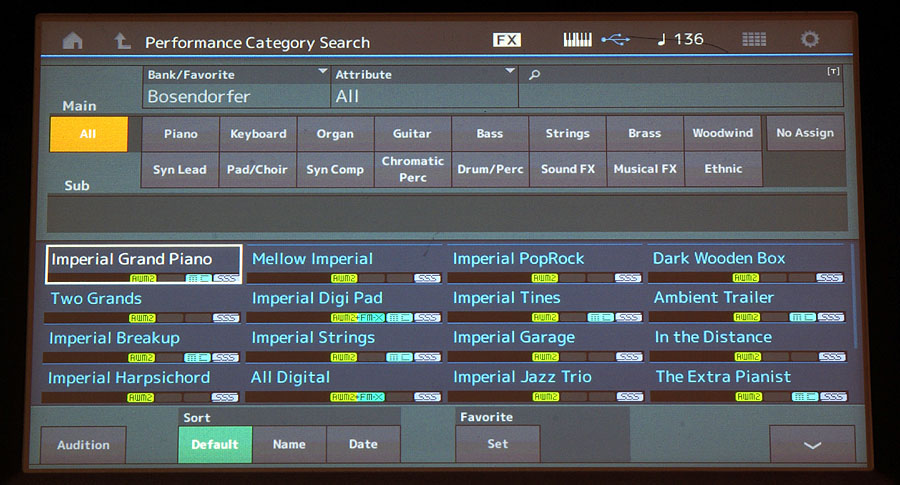 Chick Corea asked top engineers to sample his Rhodes Mark V. The large samples were placed in a laptop, it had long latency. Chick asked Yamaha to solve this problem. Yamaha modified the samples to library for MOTIF XF flash expansion. Now, the library is refined for MONTAGE. You can access the official page clicking the picture above. The sound is clear, detailed, and easy to use. I thank Chick and Yamaha much. All 16 performances are listed below. 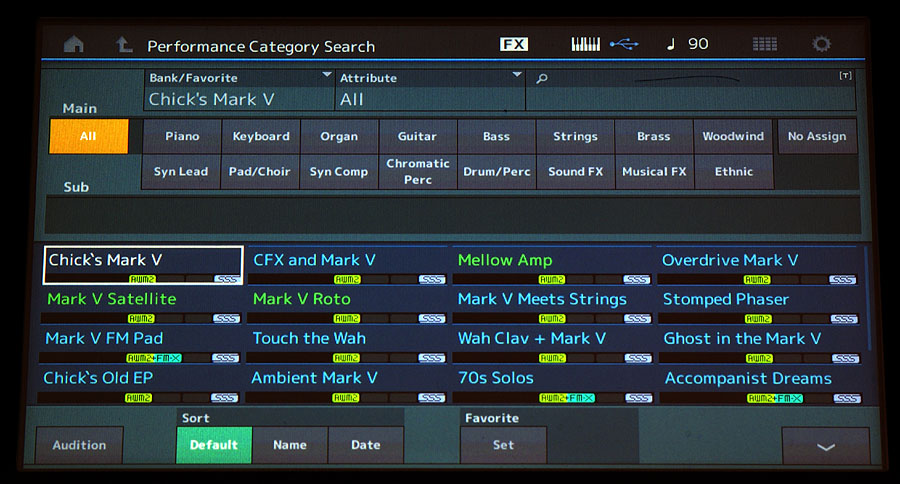 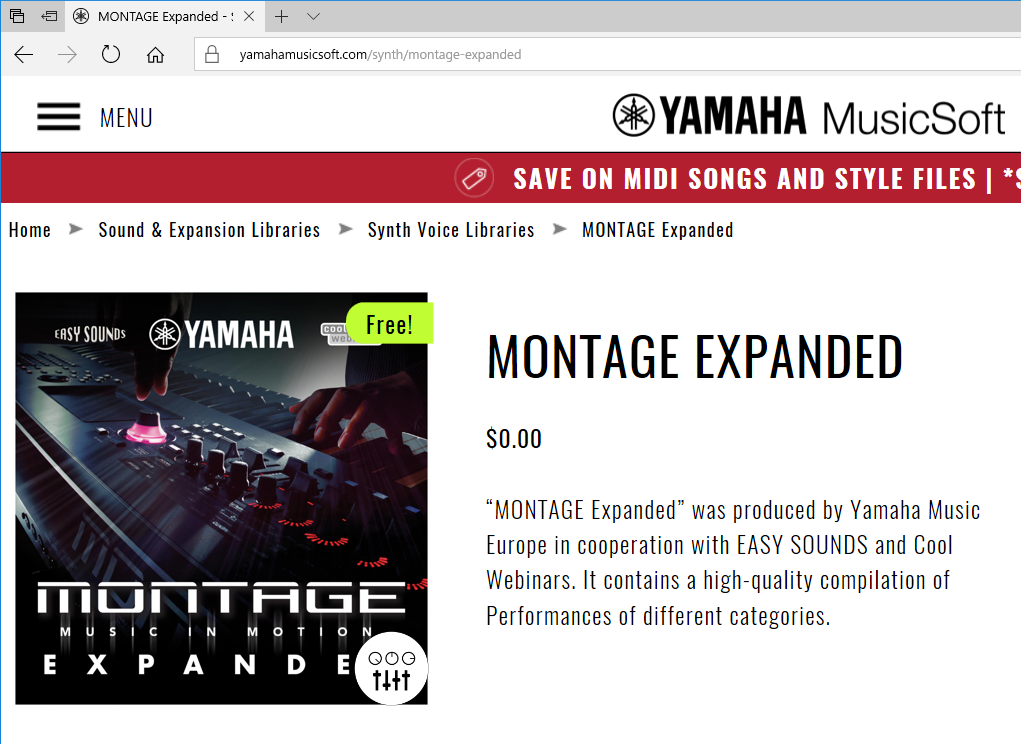 At Yamaha MusicSoft website, we can download sound libraries for MONTAGE. "MONTAGE EXPANDED" made by Yamaha Europe is free. You can go the page with click the image above. This library is must have. I recorded 7 sounds. 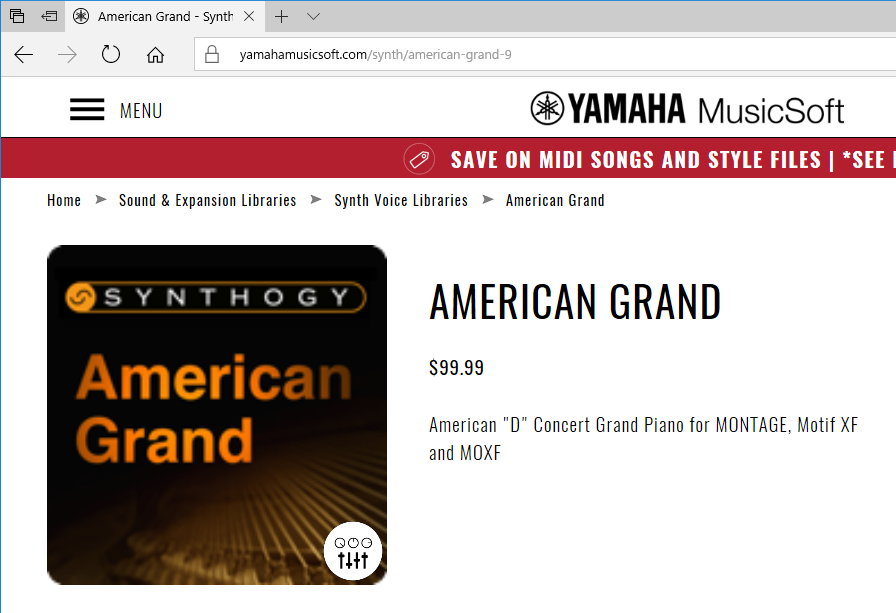 I bought this sound library by $99.99 us dollars. With clicking the image above, you can go to the page. Yamaha synthesizers never have Steinway piano waves. I am happy to add Steinway to my MONTAGE. New York Steinway is preferable for me. Although noise is audible between decay, I love this piano. I introduce all 16 performances below.

After I auditioned DX7's 128 preset voices, I edited 38 voices for MONTAGE. Old, my dear sounds. Now I can add current sound effectors. Fantastic.

I converted DX7 II factory presets to MONTAGE performances. I auditioned those performances, chose 98, and edited them. Some performances are layers or part of layers or 4 parts unison. I have not owned DX7 II. So, I felt getting a new synth. The best is "FullTinesh". The performances below is sorted by category( Keyboard, Organ, Guitar, Bass, Strings, Brass and so on) and name. When you play, please try audition, modulation wheel, and aftertouch. 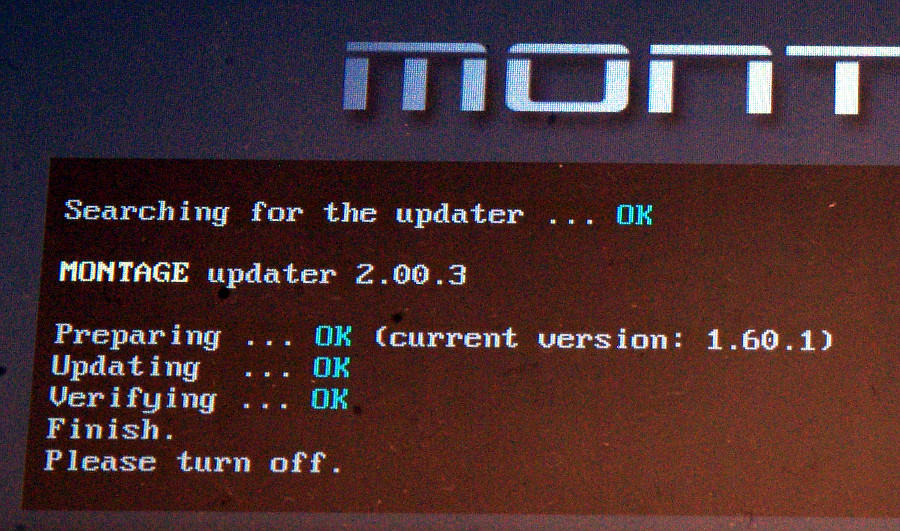 In Feburary 2018, "MOTIF XF Performances for MONTAGE" is released. You can download the file from Yamaha England Montage download page. I played and recorded 5 perfomances. Not good jobs, I agree. 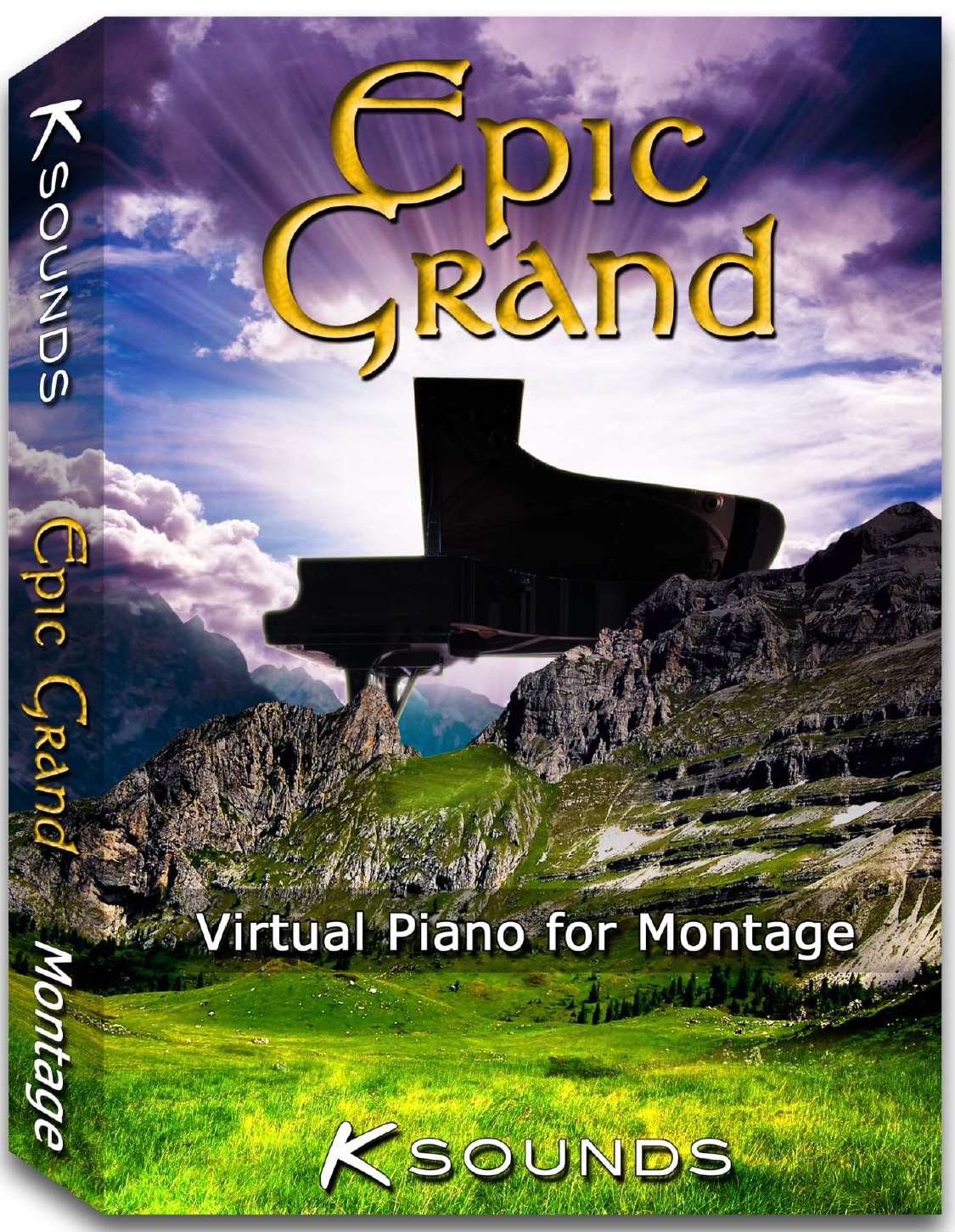 In July 2018, I bought K-Sounds "EPIC GRAND MONTAGE" at Yamaha MusicSoft store. $99.99. The sound is from Yamaha C7. Yamaha C-series are main-stream grand piano in Japan. Not high value. But I often played C7 at a reharsal studio, and the C7 was my favorite. Well-conditioned C7 has crisp sound and easy to play. At this recording I loaded large version(503MB) of Epic Grand and recorded 7 performances from 30.

Montage Version 2.50.2 was released on July 31st, 2018. This version has "MOTIF XF" bank includes 512 performances. Now you do not have to load "MOTIF XF Performances for MONTAGE" above. I recorded one performance. 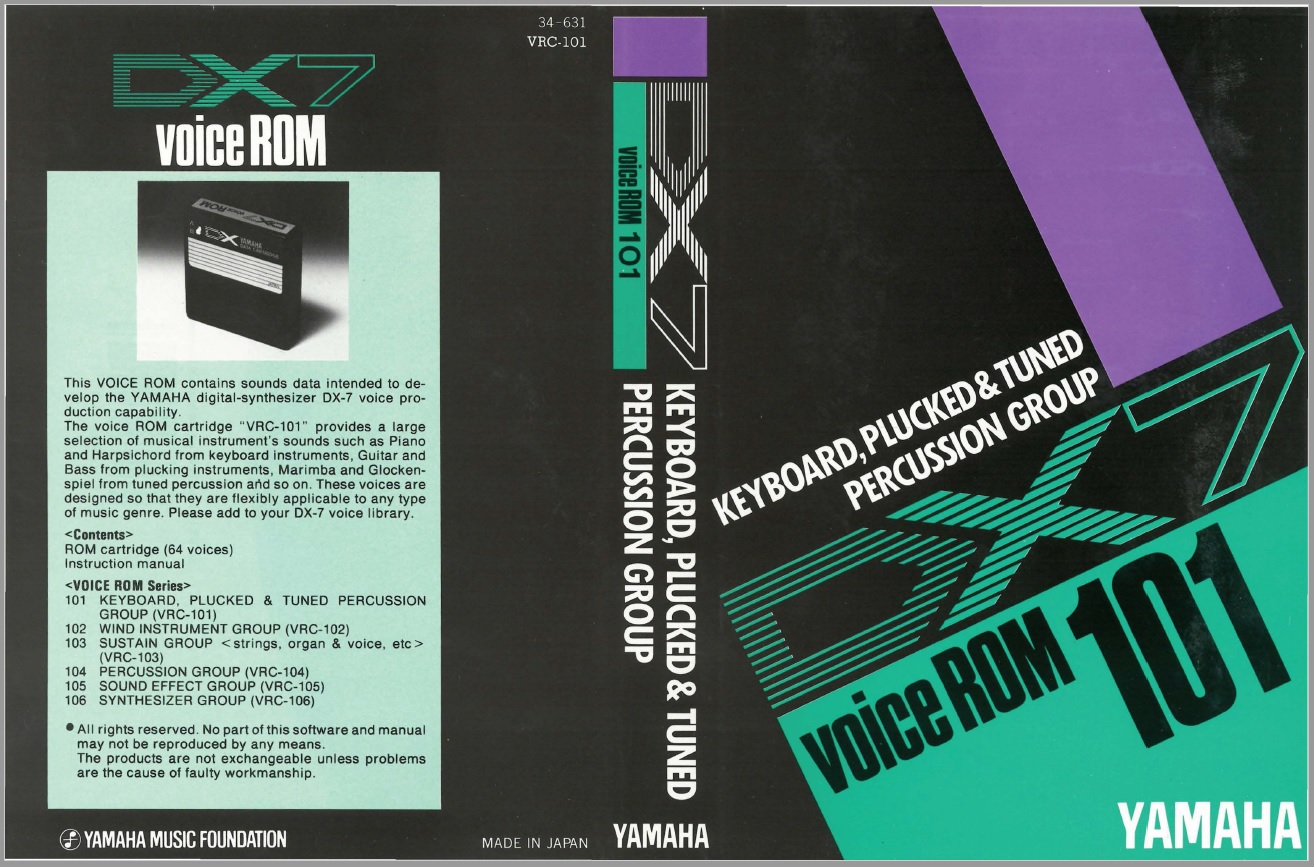 In Japan, Yamaha had "MONTAGE LEGENDARY SYNTH Library Present" from August 10th to September 30th, 2018. I filled out the questionnaire, and got two datasets for Montage. One is "CS-80" by KApro, I guess. One is performances converted from DX7 cartridges. The cartridges are VRC-101 "KEYBOARD, PLUCKED & TUNED PERCUSSION GROUP", VRC-102 "WIND INSTRUMENT GROUP", VRC-103 "SUSTAIN GROUP(STRINGS, ORGSN & VOICE, etc…)". The total 192 performances. In 1984, I could buy only one cartridge. Now I got 3 cartridge more. I recorded some of them.

After converting DX7 sounds to Montage, I started making my liveset and my AWM sounds. Montage's sampling frequency is 44.1kHz, I guess. So, the high-end frequencies are not rich compared with analog or 96kHz digital synths. However, Montage's simple saw or pulse sounds are not bad. Usable.

MONTAGE user file(X7U) and library file(X7L) include performances converted from DX7 listed above.

"Sound: Simple performances with saw and pulse" showed 5 performances. The files below include them.