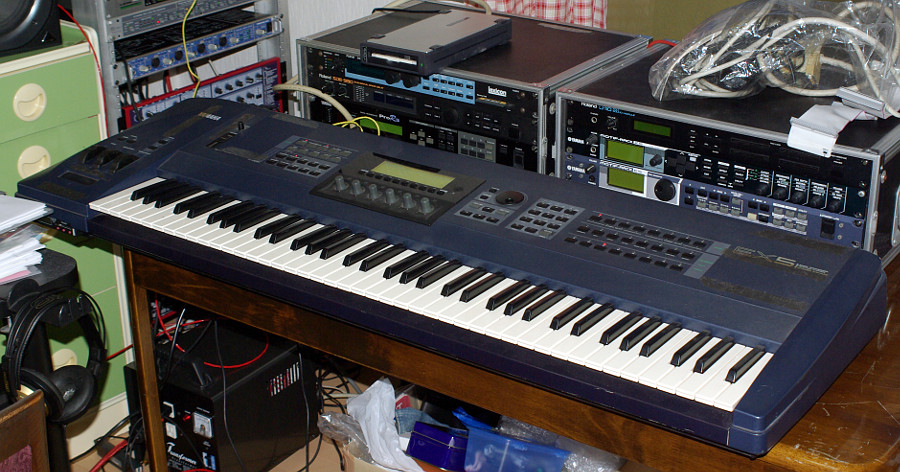 EX5 is a digital synthesizer which Yamaha released in February, 1998. The MSRP was 298000 yen(not including sales tax). The weight is 20kg. It has 76 keys with velocity and aftertouch sensitivity, PCM(AWM2 = Advanced Wave Memory 2) engine to handle 128 voices polyphony, Duophonic analog modeling "AN" engine and monophonic physical modeling "VL" engine inside. I bought EX5 in 1998. I misunderstood the AN engine can be used for code play. It was sad.

However, I loved EX5 as a synthesizer for live(and reharsal) use. AWM2 has 128 voice polyphony. Even when using all four elements for a voice, enough voices for sustain pedal play. Controller values can be hold during voice change. It is mandatory for use a pedal for master volume. 2 footswitches and 2 expression pedals can be connected to EX5. 8MB Flash memory option "EXFLM1" allows put own wave file. 16 buttons for voice selection. Really nice.

I bought some options for my EX5.

The photo below shows EXDG01 and ASIB1. 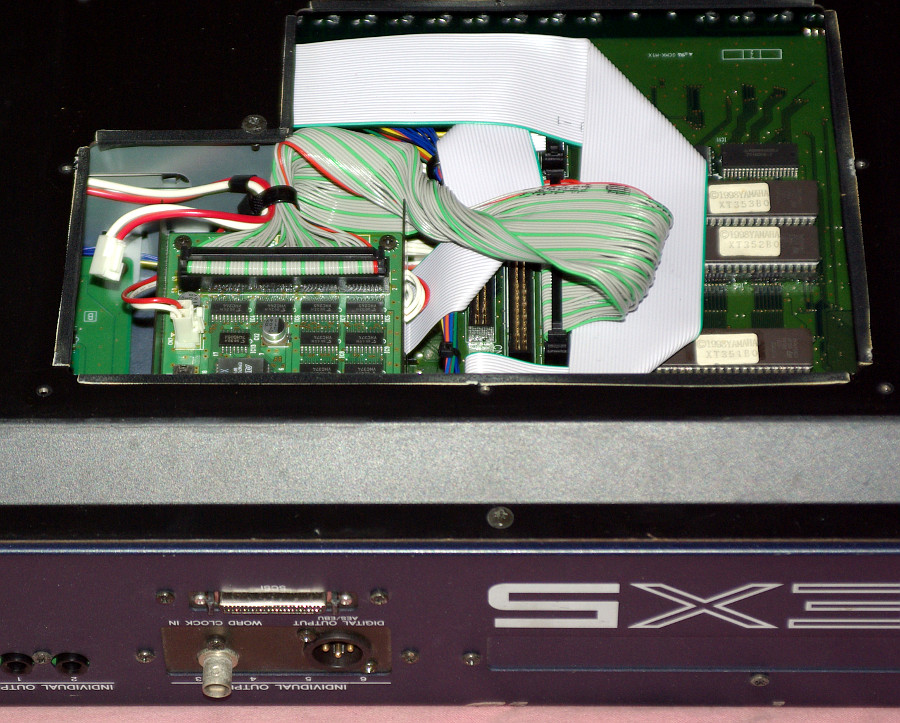 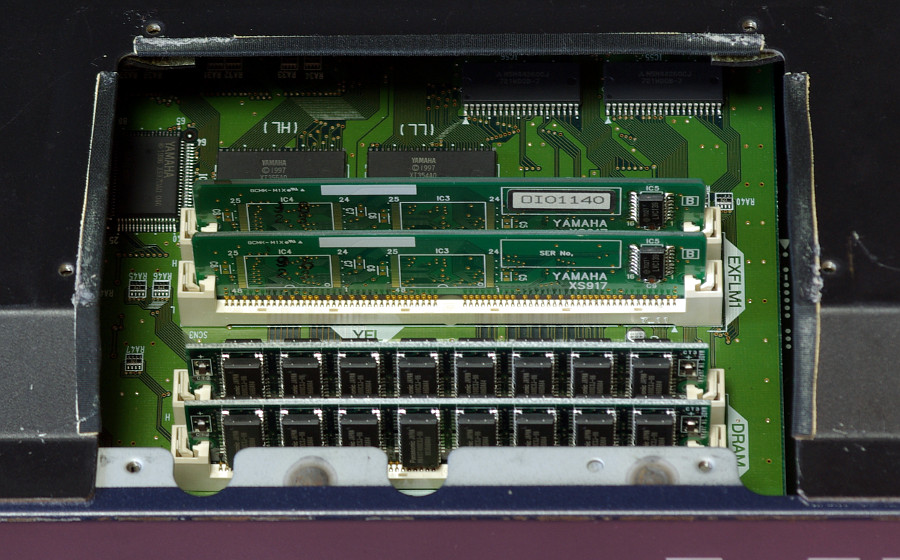 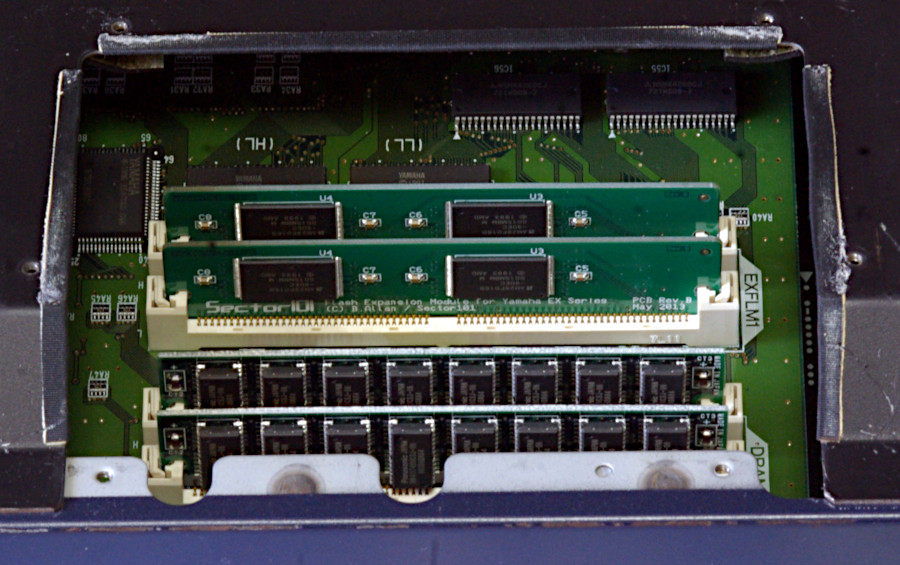 With ASIB1's internal SCSI connector, we can replace a FDD to a 3.5 inch MO(Magneto-Optical) disk drive.I put a 640MB MO disk drive. Much trusty than floppy disks. 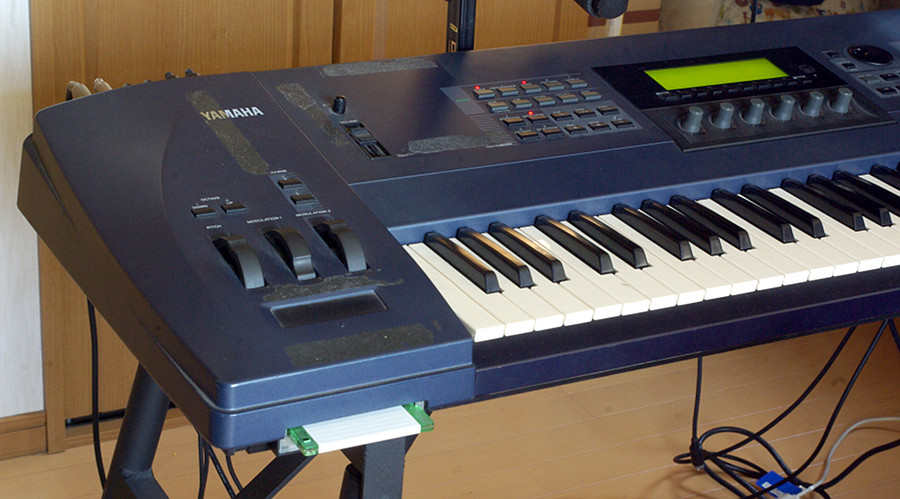 EX5 wave ROM is 16MB. Now we feel 16MB is very small. However, we can add 8MB with flash memory option, 64MB with DRAM(it needs long loading time...). With memory expansion, EX5 is comtetitive with current sampling synthesizers. With EX5, we can edit AN and VL voices. The features do not exist in later Yamaha synths. I will not sell my EX5.