VX600 is an analog polyphonic synthesizer released in 1988 by Akai Electric Co. Ltd. The MSRP in Japan was 165000 yen. VX600 has 37 keys with velocity and aftertouch sensors. But pitch bender and modulation wheel are not there. The reason is that VX600 is a synth for wood-wind like controller "EWI1000" and brass instrument like controller "EVI1000". VX600 has special connector for them. Today it is not easy to get those controllers and appropriate cables. The 37 keys on VX600 makes her life longer with usual synth appearance.

As an owner of VX600, I had trouble with the display. The photo below shows damaged backlight. 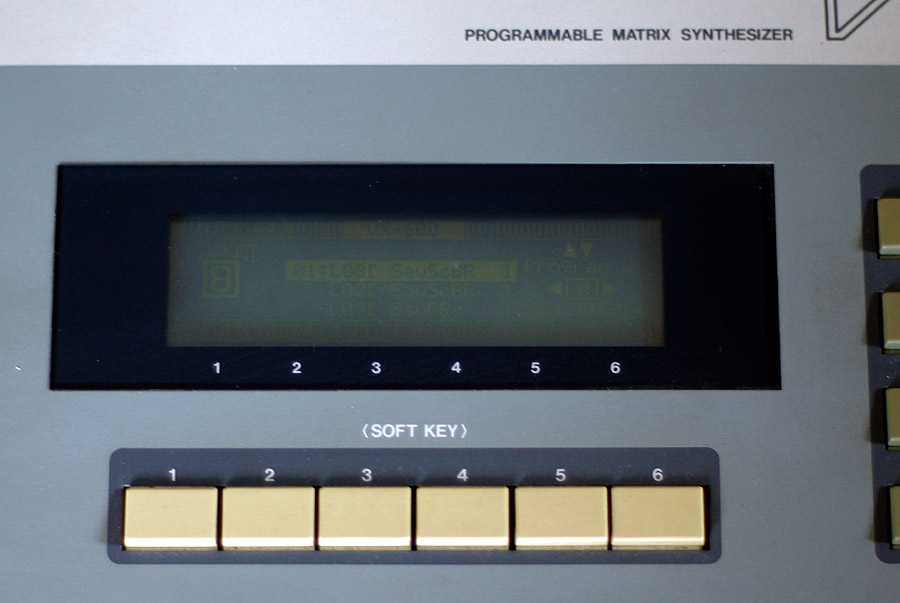 I replaced the backlight sheet. No much improvement. 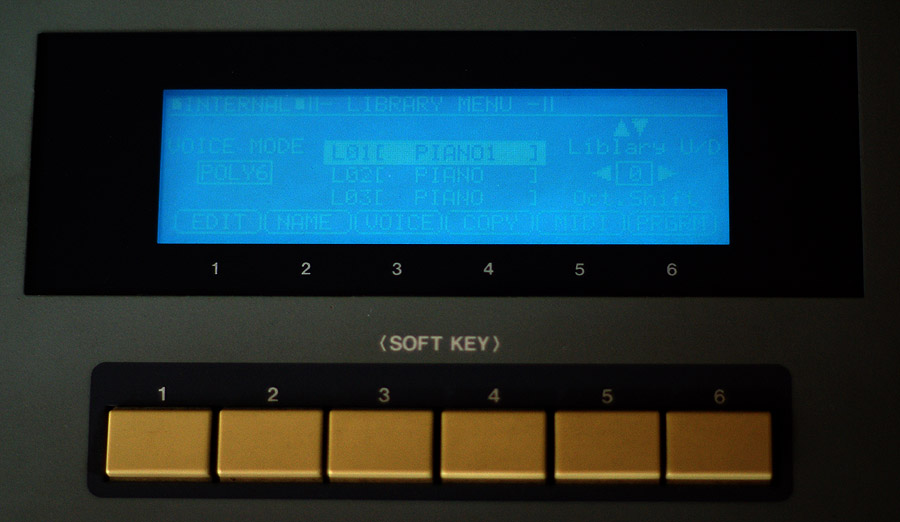 Top side of new LCD.

The bottom side was circuit board.

Anyway, AKAI VX600 is a 6-voice polyphonic analog synthesizer. One voice has two oscillators. The oscillators are VCO (Voltage Controlled Oscillator)s. VX90 has VCOs, too. In 1970s to 1980s, some analog polysynths have VCOs and others have DCO(Digitally Controlled Oscillator）s. DCO is stable, used in Juno series and so on. VCO is not stable, so, we should trigger auto tune function between songs. But the sound from VCO is attractive rather than DCO. The 70s & 80s analog polysynths were broken in long years. I brought Roland JUPITER-6, MKS-30, Oberheim Xpander and Marion Systems MSR-2 to public garbage centers. It was sad experiences. Now I keep VX90, VX600, MKS-50, MKS-70 and Alpha Juno-2 (I sold Oberheim Matrix 1000 during it works). My analog polysynths may be broken when I switch them on. Heart breaking.

Key assigners of VX90 and VX600 are not sophisticated compared with analog polyphonics from Sequential, Korg, Roland and so on. In playing, VX90 and VX600 surprise me with funny sounds. The volume difference with number of voices is bigger. They are not usual polysynths. Although VX90 has one oscillator per voice, VX600 has two. It gives us more flexibility to make sounds. VX600 has "Modulation Matrix" screen. It enables aftertouch vibrato. You should know that "PRESSURE" is aftertouch from internal keyboard and "M.PRESSUR" is aftertouch from MIDI input. Very special.

After listening the sounds below, you may decide to purchase VX600. I hope your VX600 will last long.